Does this sound familiar?

It’s that time again to look back and see how Black Friday of yesteryear compared to years prior. I plucked deals from 2010-17 and tried to pick popular titles with wide availability. 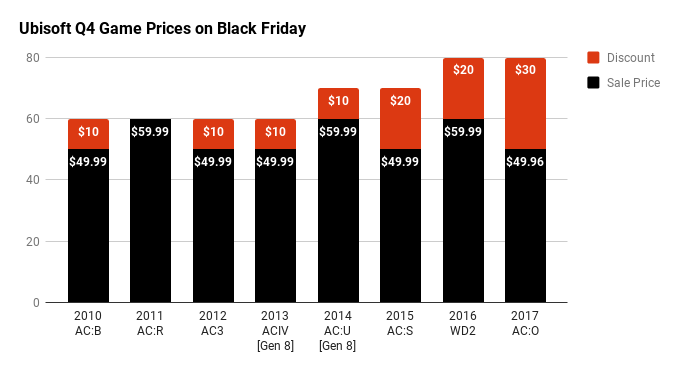 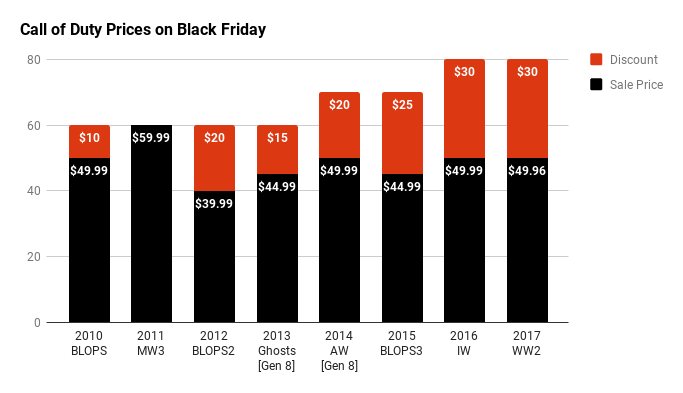 Call of Duty: WW2 continued to the pattern of knocking $30 off the MSRP. 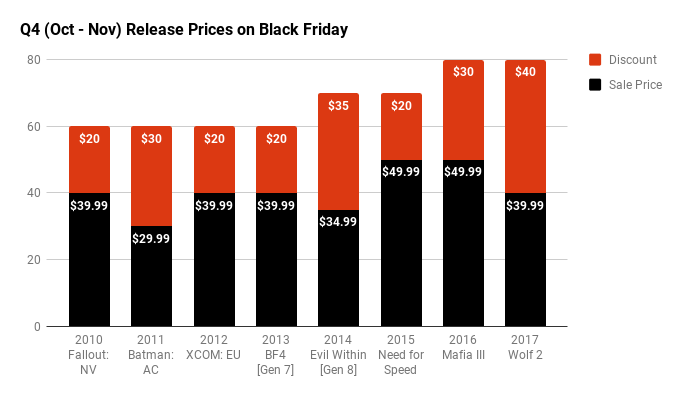 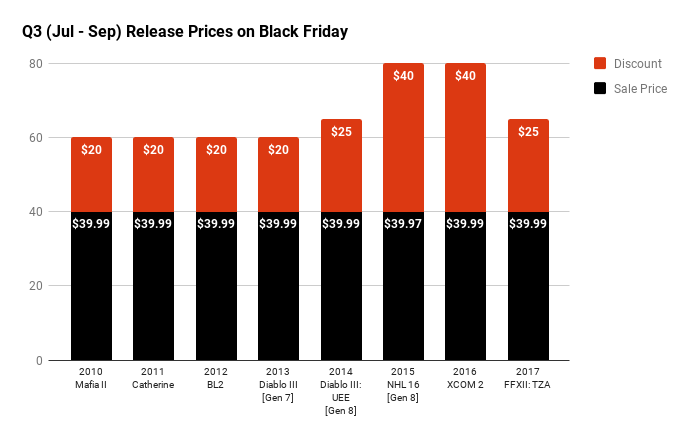 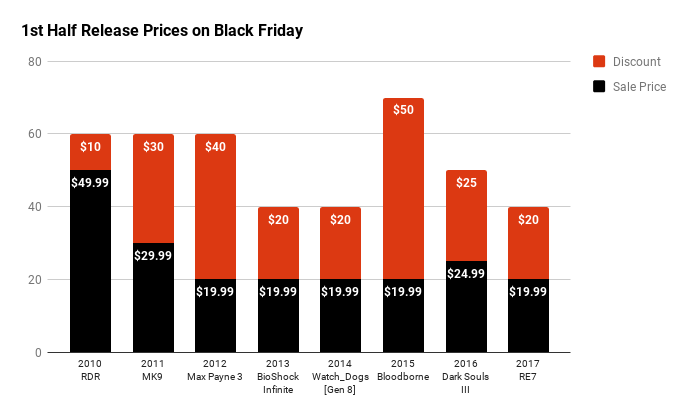 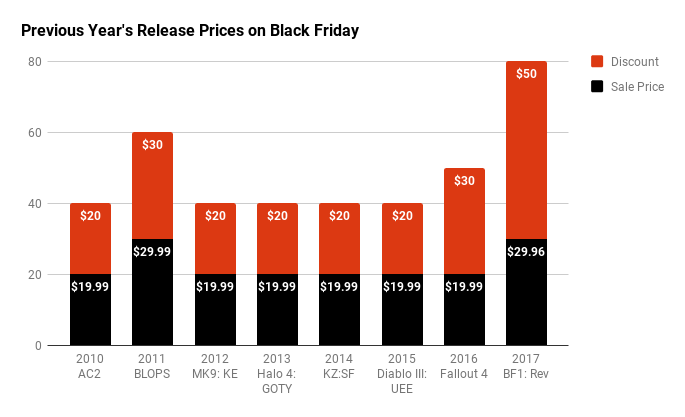 Discounts remained relatively unchanged across recent and older releases. If you’re in the market for third party releases, expect sizable discounts during Black Friday. As for first party? That can be tricky.

Black Friday isn’t meant for “full time” bargain hunters; it’s for the masses who don’t keep tabs on the latest deals or did not get a chance to use the usual E3 pre-order discounts.