Does this sound familiar?

Is any of it true? We’re going to take a walk down memory lane and look at 2016’s Black Friday and how it stacked up against Black Fridays of years gone by. I sampled deals from 2010-16 and tried to pick popular titles with wide availability — I kept away from door crashers. 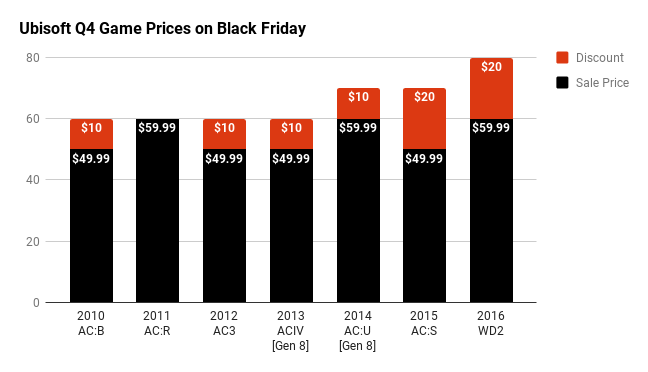 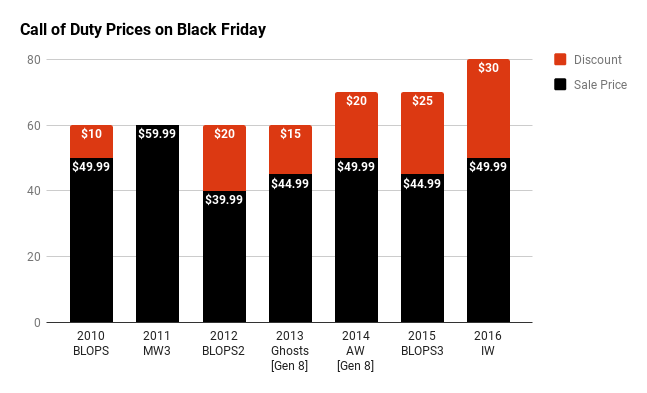 Well this is a bit awkward isn’t? After years of annual Assassin’s Creed releases, Ubisoft decided to give Assassin’s Creed a year off and release a remaster collection featuring Ezio’s adventures instead. In its place, Watch_Dogs 2 was released and forced me to change this category up a bit. I suspect it won’t be too long before I have to make changes to the entire category and simply call it “Big Publisher Q4 Releases” or something along those lines.

The worst Black Friday was 2011’s where we saw both Assassin’s Creed: Revelations and Call of Duty: Modern Warfare 3 maintain MSRP. With regards to sale price, 2015 matched 2013’s Black Friday offerings. But when looking at the discount themselves, we actually saw the deepest discounts for both Assassin’s Creed and Call of Duty titles with $20 and $30 off respectively. 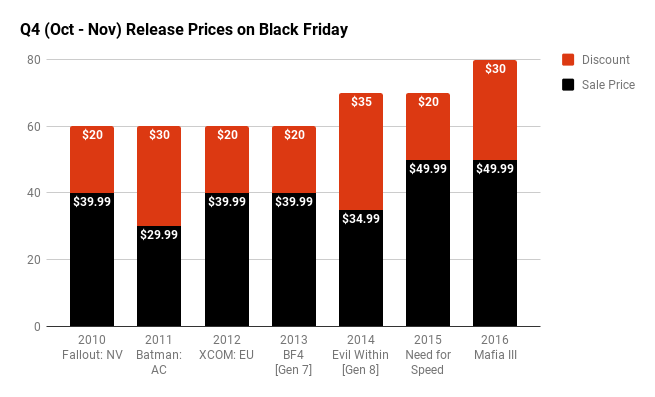 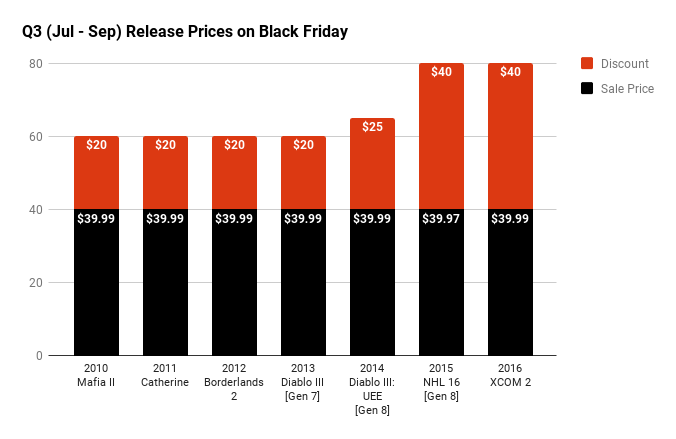 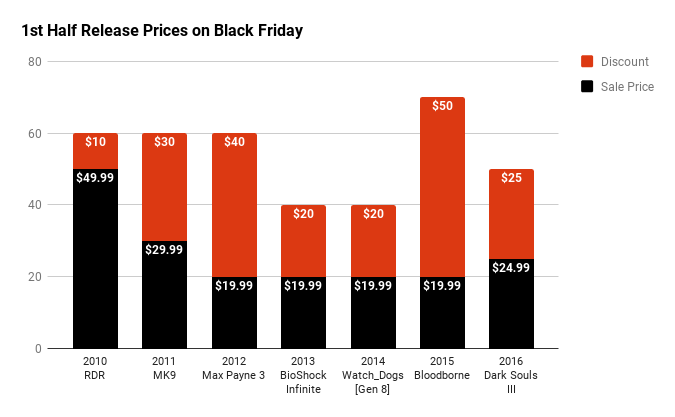 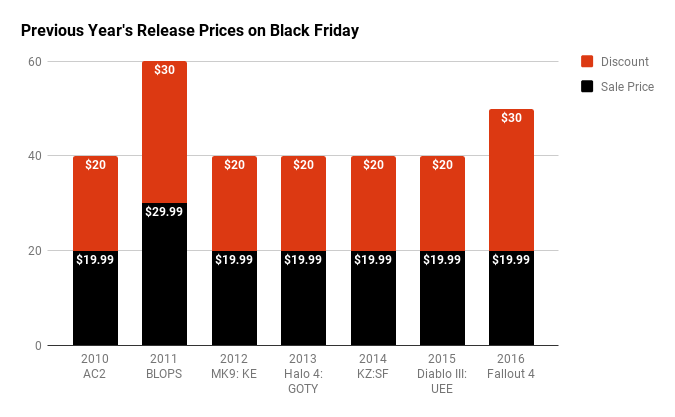 Q4 releases in 2015 and 2016 held firm at $49.99 but if you were in the market for older releases, you had your pick of the litter. Unless it’s first party Nintendo game or a niche Japanese third party developed game, you’re almost always better off waiting until Black Friday. The discounts to western third party published titles from the likes of Ubisoft, 2K Games, Bethesda or Electronic Arts arrive rapidly.

Black Friday wasn’t meant for “full time” bargain hunters; it’s for the masses who don’t keep tabs on the latest deals. If you kept on top of your game deals, you shouldn’t be surprised — one way or the other — when Black Friday arrives. You will see repeated sales from the past. You will notice discounts that don’t match with Amazon.ca & BestBuy’s E3 promotions.