Every year it’s the same thing and 2015 was no different.

This is a continuation and update of last year’s Black Friday retrospective. I sampled deals from 2010-15 and tried to pick popular titles with wide availability — I kept away from door crashers. 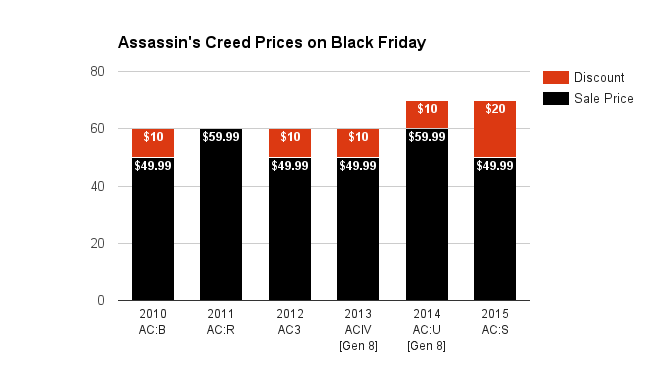 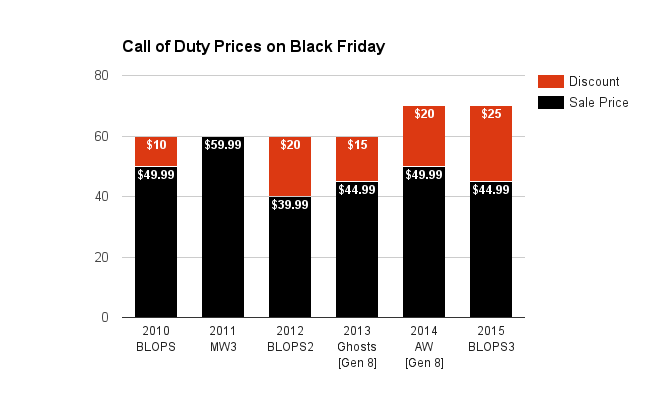 Based on these two annual franchises, the worst Black Friday continued to be 2011’s where we saw both Assassin’s Creed: Revelations and Call of Duty: Modern Warfare 3 maintain MSRP. With regards to sale price, 2015 matched 2013’s Black Friday offerings. But when looking at the discount themselves, we actually saw the deepest discounts for both Assassin’s Creed and Call of Duty titles with $20 and $25 off respectively. 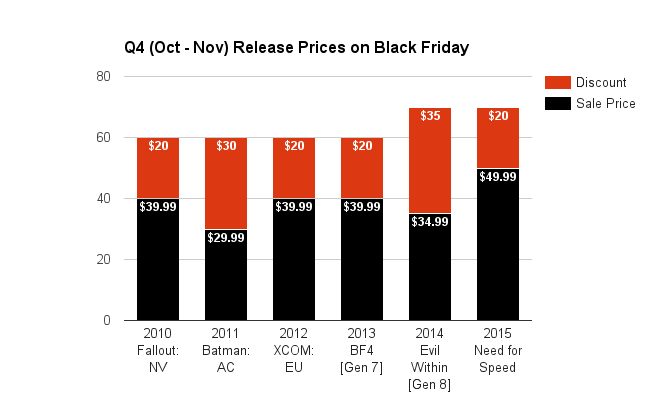 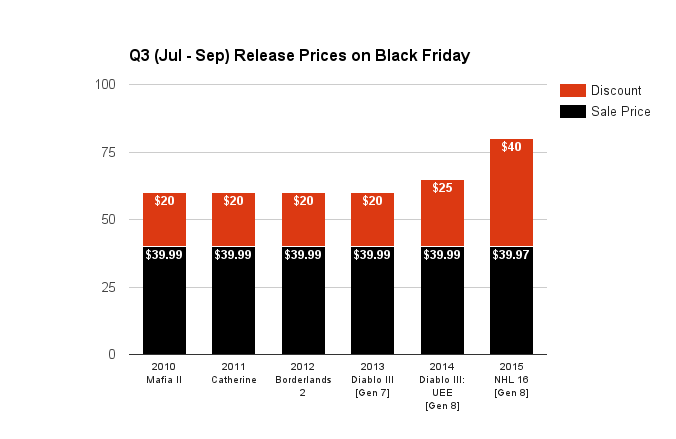 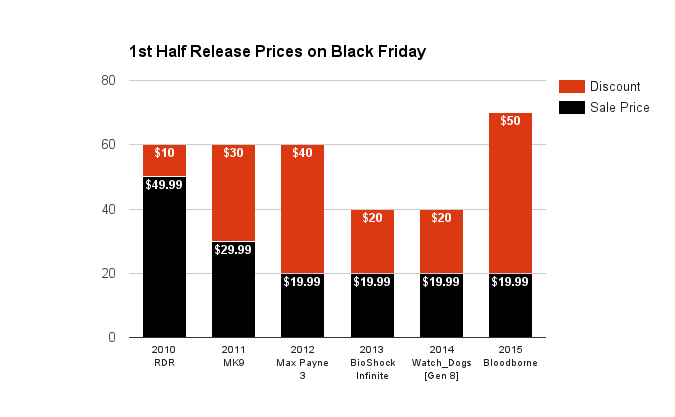 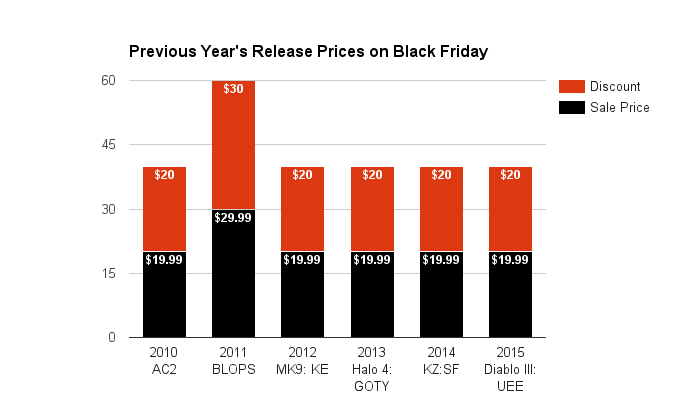 Discounts offered throughout the years have been relatively consistent. First half releases saw the lowest sale prices in 2012-13 but that’s to be expected when a console generation grows longer in the tooth.

Sale prices for Q4 2015 releases leading up to Black Friday outside of Assassin’s Creed: Syndicate and Call of Duty: Black Ops 3 were at their highest in 2015. Fortunately, the rest of the back catalog of titles saw similar discounts and sale prices as previous years.

Black Friday wasn’t meant for “full time” bargain hunters; it’s for the masses who don’t keep tabs on the latest deals. If you kept on top of your game deals, you shouldn’t be surprised — one way or the other — when Black Friday arrives. You will see repeated sales from the past. You will notice discounts that don’t match with Amazon.ca & BestBuy’s E3 promotions.