Every year it’s the same thing.

I got tired of hearing the annual chorus of moaning and decided to check out if any of the above rang true. I went back and plucked deal samples since Black Friday made its official debut in Canada back in 2010. There may have been a few outliers or buried treasures that I were missed but I believe I took an accurate snapshot of each year’s Black Friday deals.

Let’s start with the easiest comparisons. 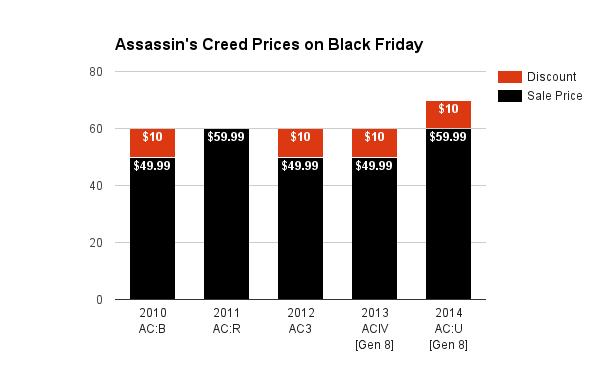 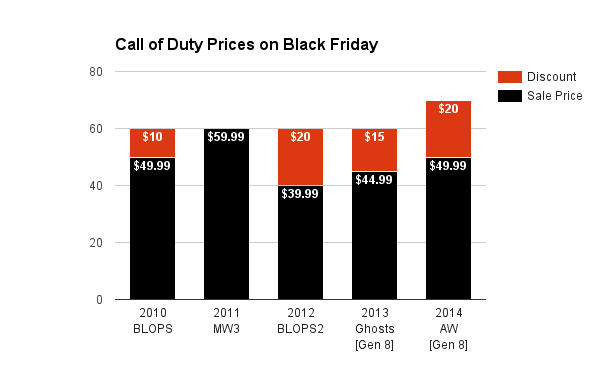 Based on these two franchises, the worst Black Friday was 2011’s where we saw both Assassin’s Creed: Revelations and Call of Duty: Modern Warfare 3 maintained their full price tags. Otherwise, we can see that the discounts from 2012-14 were relatively consistent.

The sale prices for both franchises ended up being higher because the MSRP rose and discounts didn’t adjust for that. The Canadian dollar’s decline over the last couple of years put a significant damper on discounts throughout 2013-14 and in 2015 — not just on Black Friday.

Titles below were selected with the following criteria in mind:

That’s how deals have always been posted on Game Deals Canada and this selection process for this comparison was no different.

Now let’s look at other releases in that year closest to Black Friday and moving further back. 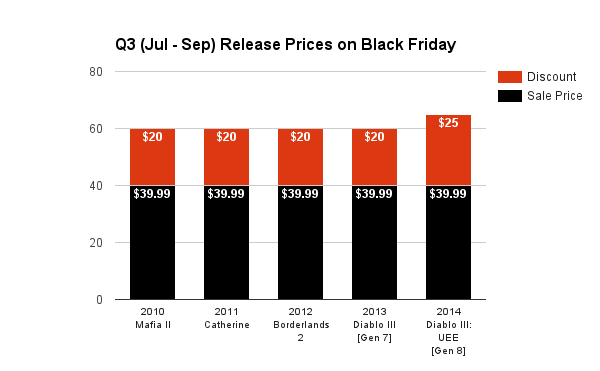 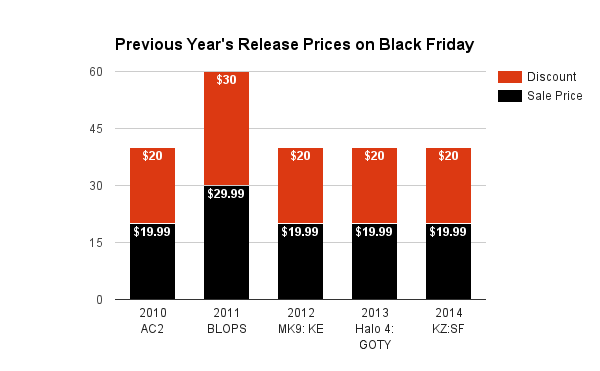 Again, discounts offered throughout the years have been relatively consistent.

First half releases saw the lowest sale prices in 2012-13 but that’s to be expected when a console generation grows longer in the tooth.

2014 was the first full year with the PlayStation 4 and Xbox One and we saw discounts on titles line up well compared to the previous years.

Black Friday wasn’t meant for “full time” bargain hunters; it’s for the masses who don’t keep tabs on the latest deals. If you kept on top of your game deals, you shouldn’t be surprised — one way or the other — when Black Friday arrives. You will see repeated sales from the past. You will notice discounts that don’t match with the one true crazy sale: Amazon.ca & BestBuy’s E3 promotions.

However, it’s still a worthwhile event because you may find a golden nugget. Maybe it’s that game you didn’t pick up in during last year’s E3 promo week discounted to $19.99. Or maybe you skipped this year’s Assassin’s Creed fearing it would be a hot mess but then it turned out fine. Who knows? Different games resonate with different people but, holistically, Black Friday was always okay at best for folks like you and I.